He was admitted into Baptist Academy, Lagos for his secondary education in January 1951 which he completed at the famous Remo Secondary School (RSS) Sagamu Remo, Ogun State in 1955, he was obviously a very intelligent and brainy student, as he topped his class in the school leaving certificate examination also known as West Africa Senior School Certificate examination (WASSCE) ; become of this feat, he was offered a scholarship to train as a teacher, but he rejected the offer in order for him to stay back at home and continue his education as a student. He attended several leadership and management development courses, seminars and programmes both in Nigeria and abroad.

While in Baptist Academy he made friends with the popular Chief Molade Okoya Thomas and Justice Holloway (rtd). He obviously had his philantropic attitude right from his early years because he never failed to share the little things he had with his friends and close associates. Oftentimes he took some of his friends homefor lunch. Even though he was nice and kind-hearted he was still a boy so he displayed some of his boyish attitude by playing truancy and being a rascal, but his mother played her role well and helped him to overcome these problems.

As an employee, Kesington paid his dues early in life by Working first with Cable and Wireless Limited, (Which later transformed into NITEL) as an operations clerk in 1956. He then joined Claffin Chemicals Ltd as a Salesman, and rose to the position of The Regional Sales Manager for Lagos and the old Midwestern State, having displayed uncommon integrity, hard Work and sincerity of purpose which earned him both respect and recognition very early in life.

The chairman of Premier Lotto limited and the founder of Keshington Adebukunola Adebutu Foundation (KAAF),Keshington Adebukunola Adebutu also known as Baba Ijebu is a free giver and an altruistic personality. Even though he became popular by the invention of his betting pool game he has also invested in agricultural activities, building and properties, and entertainment. His altruistic personality can be credited to his scholarship programmes, free medical activities to less privileged, building and renovating school buildings, hospitals, mosques and churches for the masses.

Keshington Adebukunola Adebutu is a very smart business man, even though he never went to a formal business school, he never attained a degree for business management, yet he achieved success in every business venture he delved into. All these can be attributed to his personal values and intuition.

His pertinacious and persistent attitude have been the sharpening factor to his success at the business he ventures in. Ups and downs would always be a constant factor in businesses, but Sir Keshington Adebukunola Adebutu would always persevere believing that "where there is a will there is a way".

Many interviews, letters, have attributed support and philantropism to him. He has been part of the planning committee for fund raising events for building of schools, churches and community halls. Due to his unending love for humanity, he established the Kesington Adebukunola Adebutu Foundation (KAAF) at the Golden Gate restaurant, Ikoyi, Lagos, in the year 2005, and this foundation has donated a lot of facilities to the masses.

Because of the various feat he has attained so far, various individuals and companie, both private and government owned have awarded his creditable personality. Among these are the award for the Officer of the Order of the Niger (OON) and the following year, he was crowned the Commander of the Order of the Niger (CON), by the federal government of Nigeria. Apart from the various awards he has received, he has also been honoured with various chieftaincy titles within and without his homestead.

With his various display of hard work since 1969, he has clocked 80, and surprisingly when asked how soon he would retire and hand over to one of his children or any trustworthy person it didn't seem he would retire soon; Though he attributed his retirement to God's hands.

You won't be mistaken if you say that a man who is an epitome of hard work, diligence, philantropism, one who can lay down all he has for the benefit of his people, a man with a heart that can absorb millions of people, a man who always reaches out to the masses is Sir Keshington Adebukunola Adebutu.

Chief Kesington Adebukunola Adebutu is a self-made man. Although he did not have a silver spoon in his mouth at birth, he crafted one for himself when he decided to take his instincts more seriously. While growing up as a Youngman, he discovered after reading a book How To Be Your Own Boss that the easiest route to wealth creation was to run your own business. This proposition set his imagination on fire.

His dilemma however, was how to set up a business without any capital. Looking through an array of strategic possibilities, he opted for the pools business as a Commissioned Agent because all he needed here as capital was just a small contact office where his clients could collect and return their pools coupons. To achieve his dream, he hired a shop at 8, Bale Street, Alakara, Idi-oro and started making contacts with his old friends to patronize his new business.

"Education is very important to keep the human mind receptive to ideas and responsive to the critical phases of life. But how much of it does a man really require to run a successful business? Just average education! The rest is a matter of your natural intelligence, attitude to life, character make-up, intuition and self application. Acquiring certiﬁcates is one thing, applying the knowledge so acquired to achieve results (which is what management is all about), is another. If you have a box load of certiﬁcates and you have neither a focus nor a direction, your certiﬁcates will never make up for the difference between your potential capacity (which the certificates represent) and your actual capabilities.” - KesingtOn Adebutu

"Going into a business without setting goals for yourself is like going on a long joumey to a strange environment without a road map. The chances are that you may get there by trial- and-error or you may miss your way by following the wrong route. Either way, you have wasted your time and other valuable resources that could be more usefully deployed elsewhere in the business. Setting goals enables you to determine the outcome of your mission before you ever start the journey at all. If you have no goal to set, then you have no priorities to keep, no purpose to pursue and no outcomes to show for your efforts. That is bad management, I suppose!" - Kesington Adebutu 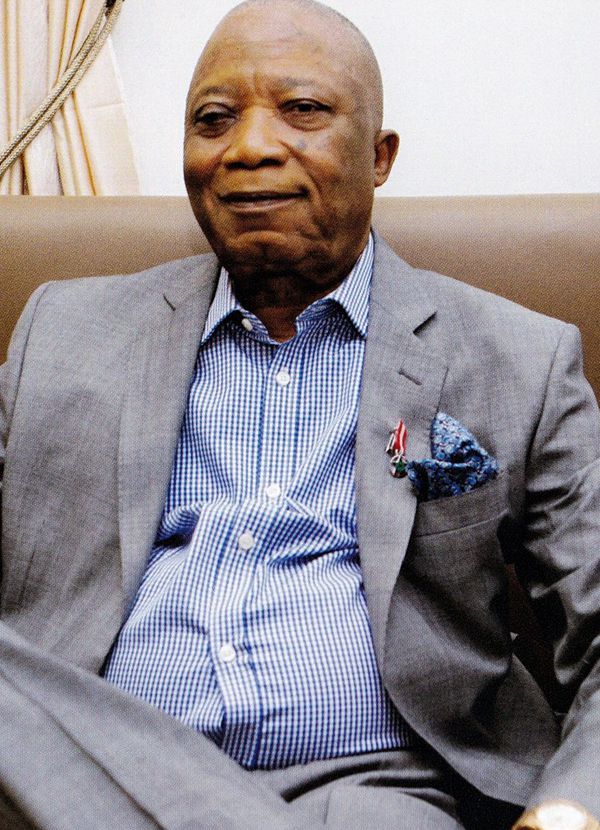